Anyone else remember those “I got eight jobs!” skits from the envelope-pushing televison show, In Living Color?  Well, between being Professor Burke and writing a book a year(ish), I probably don’t need another job, but it’s official: I got three jobs, mon, and one of them is Guest Gelato Scooper for Mario Batali’s GelOTTO cart. 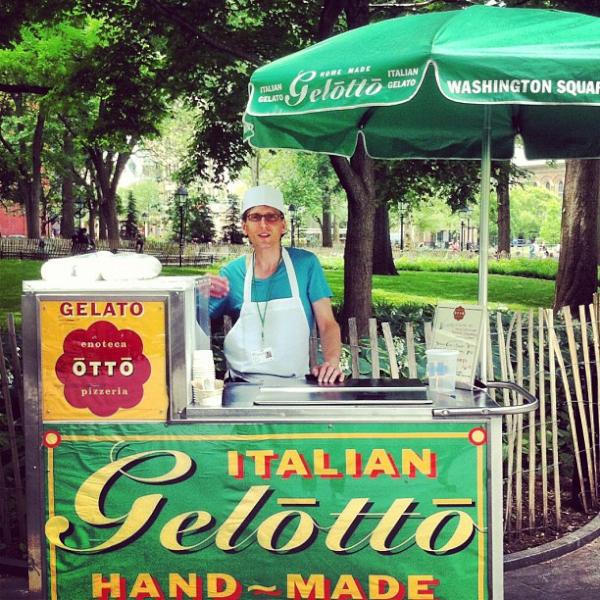 This Saturday, June 16, from 12-2, the person behind that cart will be moi.  Why am I scooping gelato, you ask?  Some of you might know that I frequently write at New York City’s Otto Pizzeria.  I even have scenes set there (check out p. 162 of “212”); bar manager Dennis is a real guy!  With the NEVER TELL book tour starting Monday, I’ll be away from New York and homesick.  Spending a day in Washington Square Park, making people happy with gelato, seemed like a nice send off.  I’ll have some books to give away, so come early if you’re in New York!  Pictures to come 🙂