A pop psychologist coined the phrase Peter Pan Syndrome to describe men who want to remain boys. If there’s a female version of the syndrome, I suppose I probably suffer from it.

Don’t get me wrong. I like to think I’ve matured in the ways that matter. I confront my problems. I deal with people directly. I don’t lie to my parents even when the truth is uncomfortable. And when I want to lose weight, I do it sensibly – not like that popcorn and pickle diet I tried my sophomore year.

There are perks that have come with age as well. I have a real car instead of that oxidized baby-blue Chevy Chevette POS I used to share with my sisters. I no longer work at Benetton. I can stay up late whenever I want.

But, deep down, inside, where it really counts? I don’t want to grow up. I still dance in my living room, stomp in snow piles, and break out into the occasional handstand. Last Thursday, I ate pudding for lunch an hour before teaching the search incident to arrest doctrine to my crim pro students.

The world changes around me, but I’m still the same oddball interacting with it.

I used to be a choir geek obssessed with 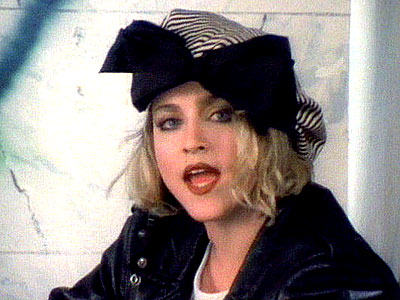 These days, my inner choir geek watches America Idol and Glee, and, although I no longer tape posters to my walls — honestly? I’d love for just one day (maybe week) to be

Am I alone in feeling that external time passes far more quickly than our internal clocks can possibly register? I don’t think so.

My mother told me when I turned thirty that she still looks in the mirror and expects to see her thirty-year-old self. These guys? I know they don’t define themselves through biological age.

So what’s my point? If, at heart, most of us don’t want to grow up — and don’t really acknowledge that we have — why must our fictional characters age on the same clock as those of us stuck in the real world? My husband always tell me to face the music: the only alternative to aging is death. But why must that be true for the characters who live through our words?

One of my favorite writers once told me that his biggest writing regret was that he’d given his beloved series character a year of birth. By doing so, he forever locked his character in the continuum of time, and inevitably that character will face the realities of grey hair and back pain. And we’ve all experienced that as readers, haven’t we? We watch as our favorite protagonists reach their seventh and eighth decades but suspend disbelief as they continue to kick in doors, crack heads, and score with the ladies.

My good pal Kinsey Millhone, on the other hand, gets to stay in her thirties. But to keep Kinsey from aging in real time, author Sue Grafton created a time capsule, freezing the alphabet series forever in the 1980’s. With no computers or cell phones, Kinsey’s world falls further into the distance from the present with each new book.

But why must a writer have to choose between youth and the present? Having celebrated its twentieth anniversary, The Simpsons is now the longest-running prime time show in TV history. But Bart’s not a middle manager in an office park, Lisa’s not contemplating her biological clock, Homer and Marge are still ambiguously middle aged, and Maggie’s still working on her pacifier. But the world around the family changes. For example, in an early flashback, Homer was into Steve Miller’s The Joker.

My Ellie Hatcher series is (hopefully) still in its inchoate stages at the third novel.* Although I could always change my mind, my plan is to pull a Simpsons,** always setting the books in the present, but having only a short period of time supposedly pass between books. The year will change. So will the cultural references. But the people in Ellie Hatcher’s world get to stay young.

If I’m lucky enough to enjoy a long-running series, I fully expect to receive emails complaining about “continuity problems,” but I plan to find a polite way to tell the haters to suck it. If it’s intentional, it’s not a problem. I pride myself on the authenticity of my work, but who says fictional characters have to age like the rest of us?

I’d love to hear comments: What have other series authors done to tackle the age issue? And would you think less of a series if the protaganist got to experience a changing external world without having to age like the rest of us?

*B-ish (because it’s a footnote) SP: 212, the third novel in the series, is out March 23. Read awesome reviews here and here. Watch my low-budget, home-made video trailer, set to one of the aforementioned pop idols, here.

** A lesson on knowing your audience: I unleashed my the-Simpsons-don’t-age observation at a book event, and it turned out that no one in the audience — I mean no one — had ever seen a single episode of the Simpsons. They looked at me like a child who ate pudding for lunch.