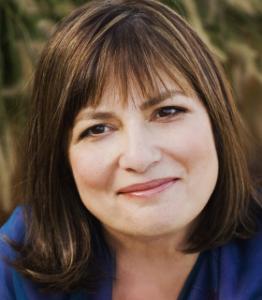 Based on commentary here, here, here, here, etc., I gather I’m not the only writer with a reaction to Alice Hoffman’s recent reaction to a negative(ish) review by author Roberta Silman in the Boston Globe. In case you missed the details, Hoffman took her complaint to Twitter, “tweeting” 27 comments in response to the review. Hoffman has since yanked her Twitter account, but Gawker gives you the gist.

Like probably every writer, when I first saw the headline, “Novelist Uses to Twitter to Trash Critic,” I immediately had painful flashbacks to my most rage-inducing review. The review, the only negative one I received among several handfuls of glowing ones, began, “Reviewers have been unkind to [title].” I continue to believe that statement is libelous, and for a day and a half, I told my agent, editor, and anyone who would listen so. I even started to draft a letter to the publication, complete with copies of every (did I mention glowing?) review of the book, daring the reviewer to identify the source of what seemed like a factual statement, not an opinion.

See? As much as writers say they don’t care about reviews, that sh*t still hurts. So when I saw the first online teaser about Hoffman blasting a reviewer, part of me wanted to cheer her own. Yeah, sister, you tell ’em.

There’s something intensely personal and aggressive about Hoffman’s response. Never mind that one of Hoffman’s own forays into the book reviewing biz, a negative NY Times review of a Richard Ford book, drove the author and his wife to shoot copies of Hoffman’s books. And never mind that the answer to “So who is Roberta Silman?” turns out to be recipient of a Guggenheim and NEA Fellowship, accomplished short story author, and so on. Even if Silman were some pajama-clad, basement-dwelling blogger (gasp!), Hoffman’s attack on her would be disturbing.

Posting the woman’s direct contact information and encouraging your vast world of followers to “tell her off”? At the very least, it smacks of a (far more talented) B-list celebrity excoriating a club doorman: “Do you realize who I am?” From a darker perspective, it reminds me of the non-physical but nonetheless abusive power plays I saw as a prosecutor in domestic violence cases, intended to belittle, debase, and intimidate.

Pushing the send key too quickly in the internet age is nothing new or unimaginable. Hell, I might regret posting this the second I hit “publish.” But 27 tweets? That’s a little nuts.

Hoffman owes the reviewer a better apology than this. It got “completely blown out of proportion?” “In the heat of the moment?” “Of course I was dismayed” by Silman? “I didn’t mean to hurt anyone?” And of course the obligatory, “I’m sorry if I offended anyone.”

I’m flashing back again, but this time to sentencing hearings when I was a prosecutor. Those are precisely the kinds of apology-sounding but non-apologetic statements that would bring down a judge’s hammer. Hoffman apologizes to her readers, whom she hopes will “understand,” but never apologizes to Silman. Instead, she repeats her allegation that Silman provoked her rage by giving away spoilers in her review. (Yeah, that was her problem with the review.)

Alice Hoffman’s a true talent. She knows how to use her words. She should use them to make right with a fellow writer who didn’t deserve to have her phone number tweeted.