When I was a kid, I remember my father (a writer) calling the number for the public library’s reference desk from memory.  I’d hear him say, “Phyllis, it’s Jim calling again.”  He knew their voices.  Their names.  They knew his.  For years, he always thanked the reference librarians who’d helped nail down factual tidbits he needed for his fiction.

Fast forward thirty years, and now I’m also a writer.  Like him, I also stop a few times a day to wonder whether my memory serves me correctly as I’m writing.  What year did that song come out?  How long would it take someone to drive from lower Manhattan to Buffalo?

But unlike my dad, I don’t call the reference desk at the library for answers.  I take to the internet.  Thanks to tools like Google and Wikipedia, we have a seemingly limitless ability to pull up the most arcane information in seconds.  Google Maps allows us to take a virtual walk around a midwestern town we’ve never been to.  Online menus let us see what a character might order at a southern diner whose grease-soaked air we’ve never smelled.  I even use my Facebook friends as a modern-day version of Phyllis the reference librarian, asking my “online kitchen cabinet” for suggestions about fictional town names and the imagined decor for a successful man’s home office in the early 1980s.

Yep, thanks to the Internet, an author’s job as researcher has never been easier. We don’t want emails from people telling us that a song playing at a character’s prom wasn’t written until her sophomore year in college, do we?  That’s why I love the archives of the Billboard Music charts. Did you know that the number one song the week of my birth was “Sugar, Sugar” by the Archies?  I did.  I looked it up. 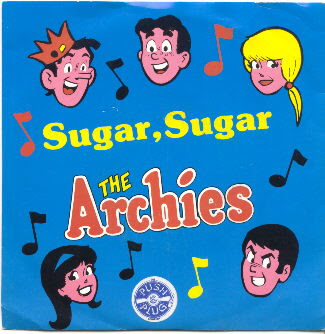 We also don’t want a bunch of thirty year old characters with names like Barbara (too old — sorry Barbaras of the world) or Brianna (too young — sorry, really really sorry).  Did you know that the third most popular name for girls in 1981 was Amanda?  I did.  I looked it up.

A Name You Will Not Find in a Baby Name Directory

One downside to online research, however, is the potential for distraction.  Finding out what song was playing at Ellie Hatcher’s prom is worth a few-minute detour from the manuscript.  But, oddly enough, I never seem to stop there.  Instead, I decide I have time to look up the top song during the week of my birth.  Then I have to watch the song video on You Tube.  Then I have to stop by my own YouTube account to rewatch, for the fiftieth time, the video of my dog Duffer walking to daycare.

Then it’s a brief sojourn at Facebook, where friends Laura Lippman and Chevy Stevens have each independently sent me a link to this awesomely happy video of a hip hop french bulldog and his mad dance movez.

Then I have to send that link to my 13-year-old nephew, who doesn’t realize it’s a video gone viral, and really believes that the hip hop dog is my Duffer and that the boy in his undies on the couch is my husband.  And then I have to laugh about that — alot — with my sister.

Then I have to check out the links that friends have shared on my page in response to Laura and Chevy’s posts.  One of the links is to a website featuring funny pictures of upside down dogs.

Nothing funnier than that, right?  Well, except maybe this site, courtesy of Karin Slaughter, featuring super creepy Easter Bunny pictures.

Before you know it, that answer to the song at homecoming has cost me an hour or so.  Even at her most loquacious, Phyllis the reference librarian never sucked up an hour.

This year, I’ve been trying very hard to separate writing at the computer from researching (and, more often, playing) on the internet.  Thanks to a tip from Lisa Unger (wow, lots of name-dropping today.  My friend Bobby DeNiro told me never to name-drop)  — anyway, thanks to a tip, I downloaded an internet-blocking program called Freedom, which allows me to lock myself offline for however long I decide.  If a research question comes up, I can jot it down for later.  I haven’t been as diligent as I had planned, but do find that Freedom helps me get words on the page when I actually crack down and use it.

And when I don’t use it, man, do I love the internet!