Turns out they might both be as dangerous as we crime junkies first suspected.

Joran Van der Sloot, you’ll recall, was one of the initial suspects in the disappearance and presumed murder of Natalee Holloway, an American high school student who went missing after leaving an Aruba hangout with Van der Sloot and his pals.  Although the men insisted they dropped Natalee off at her hotel, they were arrested multiple times as part of the investigation.  And although they were never charged, a Dutch journalist captured Van der Sloot on film in 2008 claiming that he had Natalee’s body dumped at sea after she collapsed on the beach.  That evidence was deemed insufficient to justify another detention.  Still later, the same journalist unearthed footage of Van der Sloot, then still only 21 years old, boasting of his involvement in sex trafficking.  The family’s lawyer wrote it off as fanciful talk.  Van der Sloot also told Greta van Susteren, only to recant his statement later, that he sold Natalee into slavery.

John Mark Karr’s previous appearance in the headlines was shorter lived than Joran’s, but no less freaky.  He shocked the world four years ago when he falsely confessed to the murder of JonBenet Ramsey.  The only thing the public could understand less than a child’s murder was a voluntary confession to one that the person didn’t actually commit. And the public learned more about Karr than the fact of his confession: his seeming obsession with access to grade schools and day cares, his two prior marriages to thirteen and sixteen year old girls, a prior arrest for child pornography, and his time spent in Thailand, with ready access to young girls in the sex trade.  But then the police debunked Karr’s confession and he, like Van der Sloot, faded from public — and apparently police — view.

Some will question why we ever obsessed over these cases in the first place.  The questioners raise a valid point.  The sad truth is that JonBenet and Natalee are only two among a sea of murder victims whose cases have never been solved.  The fact that they were both blonde, female, and attractive from white, upper-middle-class families is no doubt part (or all) of the answer.

But a separate question is why, once we decided to care about these cases, we ever stopped obsessing over Joran Van der Sloot and John Mark Karr.

Back at the D.A.’s Office, I’d hear cops say they just knew someone was up to no good.  With certain suspects, we’d joke (sorry, folks) that if the defendant didn’t do what we charged him with, he was certainly guilty of something.  The assumption was that our super-honed spidey senses could determine when someone was a dangerous recidivist.

Of course, the empirical research suggests otherwise.  Turns out human beings, even experts, are horribly inaccurate at predicting future dangerousness.  Regardless, we continue to allow testimony about such predictions in court, allowing it to affect, for example, continued detention of sexual predators after they have served their sentences, parole determinations, and the life and death decisions of jurors in capital cases.

Part of the reason we probably continue to allow such evidence into court is because, despite the empirical data, we just cannot set aside our intuitive instinct that sometimes you just know.  And guys like John Mark Karr and Joran Van der Sloot reinforce those intuitions.

Van der Sloot was arrested last week on suspicion of murdering another young woman in Peru, exactly five years to the day that Natalee Holloway was last seen in his presence. Karr finds himself at the center of an investigation into bizarre allegations that he was attempting to start a “sex cult” of young girls resembling JonBenet.  The cult was to be called The Invincibles.

The allegations, by the way, come from Karr’s former sixteen-year-old fiance, whom he met while serving as a teacher’s aide in her fourth grade class.  The former fiance also claims that Karr has been living as a woman under the name Alexis Reich to obtain greater access to young girls.  (Note to self: Has someone already used the gender-transition-but-only-to-be-a-mommy-to-little-girls twist for a book?  Because that’s some deliciously wicked stuff if contained to the fictional world.) 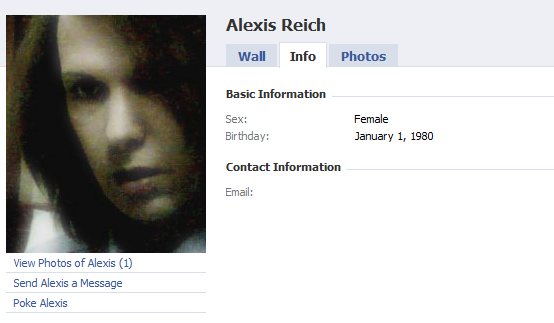 New York Magazine recently observed, with the requisite snark, that the “resurgence of these two scary clowns makes us feel like it’s 2006 all over again.”  The same article also asked more provocatively whether our initial obsession with the men is what made them reoffend, as if we created “the same kind of invincible-feeling, serial attention-seekers that we do with reality stars who continue to appear on show after show and perform stunt after stunt. Were you the best character in your last murder investigation? People are going to love you in this new one! But you’re really going to have to step up your game this time around.”

The notion that serial predators act out for further attention isn’t lost on me.  See, e.g., the Wichita police department’s reason for not immediately reporting the existence of the attention-starved BTK.  But given that neither Van der Sloot nor Karr seemed eager to have their latest deeds known, the magazine’s concerns seem misplaced.

Instead, I’m left wondering how many other nutjobs are wandering around as law enforcement waits for the inevitable phone call.  I just had the pleasure of reading Michael Connelly’s forthcoming book, The Reversal.  I don’t think I’ll spoil too much by saying that the book involves a suspected murderer who is released pending re-trial after his conviction is reversed.  The LAPD assigns an entire team to watch the defendant, knowing he’ll eventually cross a line that will get his release revoked.

But a suspect under a court’s jurisdiction can have limited rights, and a trial has a natural end date.  In most cases, law enforcement can’t track the folks who set their spider senses atingle, either because of concerns about harassment complaints, a lack of resources, or both.  They eventually let the suspect go, despite the bad feeling in their stomachs, and move on to the next case.  Until five years later, when he kills a woman in Peru.  Or four years later, when one of his young girlfriends realizes he’s a monster and runs to the police for protection.  Or never, because the spidey senses were wrong, or because the suspect never reoffended, or because he never got caught.

Watching: Get Him to the Greek; The Good Wife